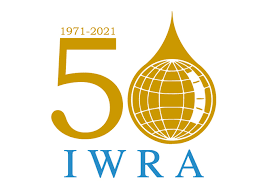 IWRA was established in 1971 as a nongovernmental international organization aimed at encompassing all aspects in the professional field of water resources and filling interdisciplinary voids. Its first President and a driving force in its initial years was Ven Te Chow, Professor of Hydraulic Engineering at the University of Illinois (USA).

1950-60sConcept of IWRA evolved through informal discussions and contacts among scientists, engineers, administrators, and others concerned with water resources

1971IWRA Articles of Incorporation submitted in the State of Wisconsin (USA), following a discussion at the International Conference on Pumped Storage Development and its Environmental Effects in Milwaukee

1985Crystal Drop Award, for laudable contributions to the world’s water situation, first given to UNESCO during V World Water Congress in Brussels

1994The Cairo Statement, proposing the World Water Council, produced at the VIII World Water Congress in Cairo2007Executive Office moved from North America, first to Africa then to Europe